How To Protect Yourself From A Staged Car Accident

Insurance fraud is not just illegal. It ends up costing other policyholders thousands of dollars every year in the form of higher premiums. One common form of car insurance fraud involves staged car accidents. Because this often involves planting fake witnesses, proving your innocence in these cases can be complicated and lead to an increase in your car insurance premiums if you are found at fault.

If you need help collecting evidence for your Maryland car accident claim or suspect you are a victim of insurance fraud, contact the car accident lawyers at Bowers Law. Just call 667-220-6500 or use our contact form for a free consultation today. 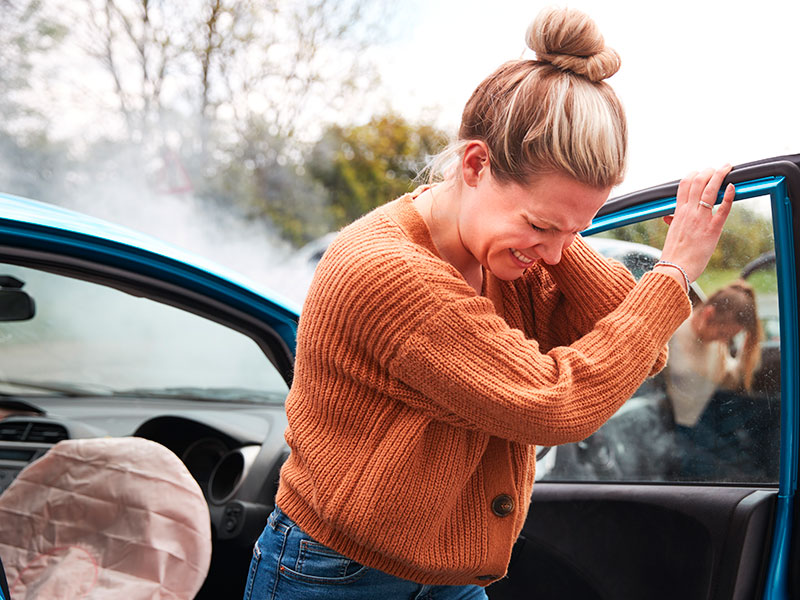 The two different types of auto insurance fraud include soft fraud, which refers to an exaggeration of an existing event to make it seem worse than it was or to change the circumstances of an event. Hard car insurance fraud is far more serious under Maryland law and involves faking accidents entirely.

Examples of Insurance Fraud in Maryland

Several aspects of car insurance fraud are specifically cited under Maryland’s code of laws. These include:

Some other specific examples of Maryland auto insurance fraud include the following.

If you have existing damage from a prior accident you never reported but claim that this damage is new from your current accident, you are committing fraud. You cannot combine damage from multiple accidents in a single claim.

Lying to Reduce Your Premium

Anything from underreporting your car’s mileage to giving a fake address or even reporting safety features you do not have counts as fraud. You should always be honest when reporting your vehicle’s condition to your insurance company. Never fudge things to an insurance carrier just to lower your premium.

Falsely Reporting a Car as Stolen

One common form of insurance fraud is when people destroy their car or abandon it somewhere and then report it as stolen. In the case of destroying a car, the con artist may also be convicted of a crime such as arson, which can extend criminal penalties.

Car accident fraud comes into play when someone seeks to procure financial gain that they do not deserve through planning a collision so they can file an insurance claim. Some con artists, for example, attempt to drive in front of a victim’s vehicle while an accomplice slams the brakes, resulting in the victim rear-ending or T-boning the con artist.

Likewise, if a con artist is driving a higher car than the person behind them, blocking the victim’s view, then suddenly slams on their brakes to cause a rear-end collision, this can be a form of fraud. The Coalition Against Insurance Fraud, Maryland Insurance Administration, and National Insurance Crime Bureau (NICB) document thousands of scams like these. Sometimes, the con artist also uses planted false witnesses to back up their story.

Some auto repair shops are willing to replace the air bags in a car with fake ones after an accident or replace windshields with cheap versions that do not meet insurance standards. Faulty airbags can be salvaged from other vehicles. These cases may be misrepresentation on the part of the installer, or the driver may be aware of the corner cutting.

Windshield fraud cases are scams that can often catch a driver by surprise, according to the National Insurance Crime Bureau. These scams are often a form of misrepresentation. Someone approaches the driver in a parking lot and claims they can fix their windshield and that their insurance will completely cover it. The policyholders then find out that the replacement is not covered and may find out too late that the windshield is not even the real deal. The policyholders also suffer when the con artists submit false insurance claims under their name.

What Are Some Common Ways to Stage a Car Accident?

Insurance fraud is most likely to occur in affluent areas and target people driving luxury cars. Scammers see these situations and often think that they stand to earn more from an insurance claim from a wealthier driver. Some common car accident scams include the following.

This can happen during a right or left turn. For example, a driver pulls out in front of you, too fast for you to slow down, and an accomplice in front of them slams their brakes, causing you to rear-end or T-bone them. Alternately, as you make the turn, another car slams into you in the back side of the car, claiming you pulled into traffic.

In this case, the scammer waves you to go at an intersection. Then, as soon as you start to drive, they pull out in front of you, causing you to brake slam. Another car coming down the road T-bones you and claims you pulled into traffic.

In this scam, the driver in front of you begins to go, tricking you into thinking that traffic is moving, then suddenly slams on their brakes. You rear-end them.

The driver of the squat vehicle pulls out in front of you. The swoop vehicle then pulls in front of the squat, causing the squat to brake slam. You rear-end the squat while the swoop races away. You can then be responsible for any personal injury claim and property damage resulting from the motor vehicle accident.

Insurance adjusters in the state of Maryland see this type of fraud too often. Someone suffers damage in an accident and reports the damage as far worse than it is so that they can file a larger claim.

Sideswipes are a type of fraud where a driver places themselves in a situation where they sideswipe another vehicle. It usually occurs when the victim is in the inner lane of a double-left-turn intersection.

What Are Some Ways to Prevent Fraud in Car Accidents in Maryland?

Documentation and attention to detail are the keys to preventing car accident fraud in Maryland. A few steps you can take include the following.

Document as Much as Possible

Keep clear and detailed records. Take pictures of the crime scene. Draw diagrams and make notes of what happened. File a police report. The more evidence you can gather, the better off you will be.

Many insurance policies require you to notify insurance providers within a specific amount of time after an accident. Report what happened, but stick to the facts and do not editorialize.

Get the police on the scene as soon as you can. This also enables you to file an all-important police report. Fraudsters often thrive on not getting the police involved.

Especially if someone instantly comes forward to talk to the other driver claiming that they will serve as a witness, it is important to see if anyone else saw what happened. Remember, con artists will plant witnesses at the site, so the more witnesses you can find, the more likely you will find someone who is not a plant.

Do Not Give Out Personal Information

Exchanging insurance information and contact information is standard at an accident site. Never, however, give out your credit card information, Social Security information, or driver’s license number. This can all lead to identity theft. If you have any doubts, let the police collect the necessary information.

File a Report With the Maryland Insurance Administration

Call the NICB toll-free hotline at 1-800-TEL-NICB, or contact the Maryland Insurance Administration at 1-800-500-0333 to file a report about the accident. Early reports can help stop fraud before it starts.

What Is the Penalty for Insurance Fraud in Maryland? 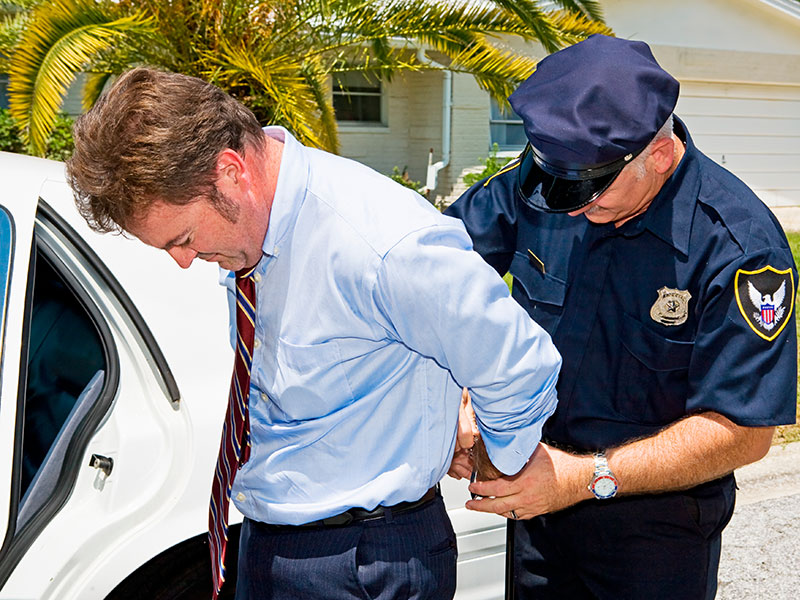 Insurance fraud is illegal, and state law provides severe penalties. Law enforcement and state and local prosecutors can pursue insurance fraud cases under state law. The specific titles, subtitles, and sections that cover these laws include:

Criminal charges under Maryland state law range from misdemeanors to felony offenses. Fraud can see the fraudster imprisoned for up to 15 years, depending on the specific charges. In addition, if other crimes, such as arson, are attached, the perpetrator may serve terms consecutively or concurrently. If the fraud is over $300, the crime is a felony. If it’s less than that, it is a misdemeanor charge.

Fines and fees can range from a minimum of $500 all the way up to $25,000 per act of insurance fraud. The specific penalty can vary widely based on the circumstances, the degree of guilt, any prior offenses, and the number of violations charged. Restitution can also be ordered, in which the fraudster must pay back the insurer any insurance benefits paid out.

Finally, an insurance company can sue the con artist to recover benefits that were wrongfully paid out. The Maryland insurance commissioner can also bring a civil action if administrative penalties are not paid. Such a judgment can also order interest, court costs, and attorney’s fees.

Protect Yourself Against Maryland’s Malicious Fraudsters

If you suspect you have been the victim of a staged car accident, the car accident lawyers at Bowers Law may be able to protect you. Our law firm has represented clients across the state, from Baltimore to Annapolis and beyond.

Jobeth Bowers, the founder of Bowers Law, is experienced in both criminal and car accident law. As a Super Lawyer, an honor bestowed on only the top 2.5% of Maryland lawyers, he and his team can help you collect the evidence you need to thwart the fraud. You do not have to go it alone. Get in touch with Bowers Law today at 667-220-6500 or use our easy online contact form to schedule a free consultation and get legal advice from a member of our team today.

Schedule a Free Consultation with Jobeth Bowers
Get Help Now
You Don’t Pay Unless We Win!